Places to visit in Mathura 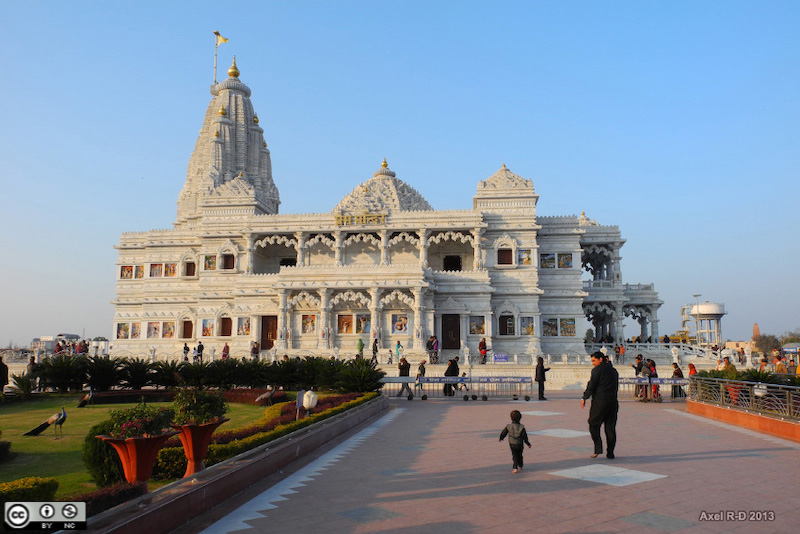 Flanked by the numerous prestigious temples, it draws millions of worldwide devotees monthly. The city always resonates with the soulful songs of Krishna and the words of ‘Radhe Radhe.’ The locals seem to be deeply absorbed in the Bhakti (devotion) of Radha and Krishna. The origin of Mathura is as old as the Indian Vedas. Since then, it has gone through many ups and down and today became one of the most-loved tourist destinations in India. Though there are unnumbered of places to visit in Uttar Pradesh, Mathura has its own charm. Today, let’s explore that charm of the charming city of Lord Krishna.

Places to Visit in Mathura and Vrindavan in One Day

According to Indian mythology, Lord Krishna was born in a prison cell, and this temple is located precisely at that site. Since the 4th century, the temple was demolished three times by the Muslim rulers and was revamped every time by Hindu rulers. Aurangzeb did the most vicious destruction. He destroyed it and constructed a Mosque over this place. After independence, Madan Mohan Malviya and some other leading personalities came together and created a splendid temple in 1965 in that same place with the help of remnants. The greatness of Hindus is here that they haven’t destroyed the mosque built by Aurangzeb. It is still there located contagious to Krishna Janmabhoomi Temple.

Built-in 1814 by a treasurer Seth Gokul Nath Parikh, Dwarkadhish Temple is a true exemplar of devoutness and love of Hindus for Lord Krishna. The temple houses a 2.25 feet large black stone idol of Lord Krishna along with Goddess Radha. The idol of Radha made of white marble. Maybe, the color of statues was chosen according to the body complexion of Radha & Krishna. During the festivals like Krishna Janmashtami, Holi, and Diwali, the exhilaration of Dwarkadhish Temple is always as if the Lord has incarnated again.

You must have heard the Govardhan Hill story associated with Lord Krishna. And you know, this is where and when the Govardhan Purj was started, so this place definitely deserves a visit. Visit this intriguing place. Amid the dense rocks, you’ll surely feel at peace.

This is the place where the Lord had spent his naughty childhood. The trees, land, sky, and water bodies of Vrindavan had witnessed the pure love-story of Radha & Krishna as well as the naughtiness of almighty himself. Located just 13 km from the main city, Vrindavan is probably the holiest and most beautiful place in Mathura. Ranga Ji Temple, Govind Dev Temple, Seva Kunj, Nidhivan, Banke Bihari Temple, Madan Mohan Temple, and Radha Vallabh Temple are the noticeable spots in Vrindavan.

It is a 450-feet-long and 60-feet-deep tank which is believed to have had existed since the times of Lord Krishna. This tank is believed to be the place where Radha and Krishna used to meet. Constructed by Jawahar Singh, the king of Bharatpur, in honor of his parents, these all three tombs depict the pastime of Lord Krishna through the lifelike wall paintings. In Kusum Sarovar, natural charisma kisses the architectural wonder. Indeed, a must-visit place!

Out of 25 Ghats of the Yamuna in Mathura, Vishram Ghat takes over all the significance and limelight. According to legends, Vishram Ghat is the place where Lord Krishna rested after killing Kansa, so taking a bath in Vishram Ghat is considered pious. Dotted with several other temples and splashed by the calm water of Yamuna River, Vishram Ghat is entirely built of white marble and comprises of a massive stone arch.

The city experiences the peak time of every season so that it won’t create any hurdle for your trip. Mathura is all about the temples, so won’t have to do any such outdoor activities as tourist experiences in Rajasthan or any other city. So, you can visit anytime. The city can also be explored entirely in 1-2 days.

How to reach Mathura

Over the years, Mathura is rapidly becoming a major tourist destination in India, so the transportation service is also developing radically. Right now Mathura doesn’t have its airport, but the Agra Airport is closer than some cities’ airport. Located just 46 km away, Agra Airport is well-linked to Mathura by the taxis, autos, and buses. If you’re by train, Mathura has its railway station, which is well-connected to every corner of the country.

If you enjoy religious places and have a keen interest to learn about Shree Ram too, have a look at places to visit in Ayodhya, his birthplace.