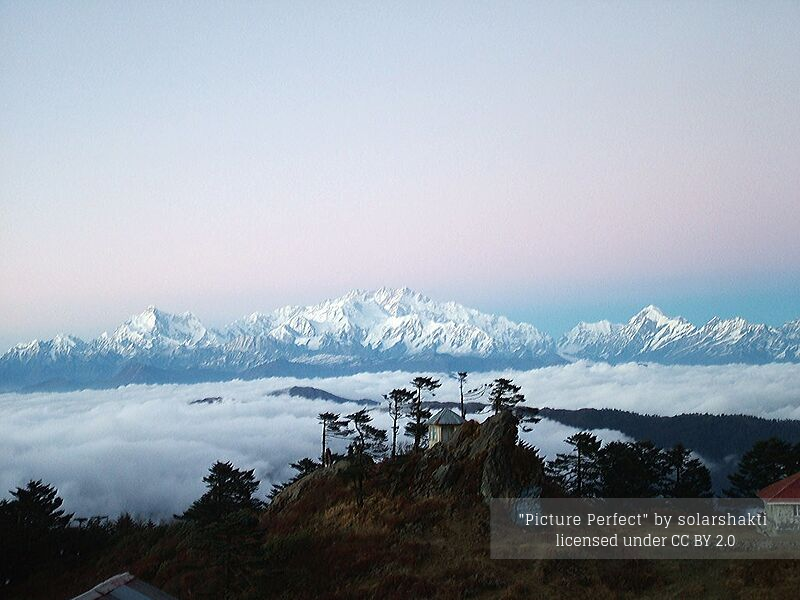 West Bengal, one of the most populous states of India, has an ambivalent history of its state hidden in its very name, traces its history even beyond the times of kings and kingdoms. The birthplace of Buddhism, The mountains and landscapes of West Bengal, undoubtedly offers, some of the most peaceful and offbeat trails in Himalayan trekking. Nestled in the foothills of this state, is the queen of the hill, that is, the town of Darjeeling, in the northern heights of West Bengal.

Although, trekking in West Bengal is rare and is not so popular, here, in Darjeeling resides one of the most beautiful trekking range of West Bengal, that, Sandakphu Trek, often highlighted in the world’s major expeditions and one of the most enthralling treks of West Bengal. Sitting at the height of 11,929 ft, Sandakphu Peak is also the highest peak of West Bengal separated by the Terai region. With a backdrop of Mountain Kanchenjunga, you’ll be witnessing the array of some of the world’s highest peaks in the wide view, ranging from Mount Everest, Kanchor Zonda, Lhotse, Makalu. The clusters of these four massives together take the pattern of Sleeping Buddha, naturally. The trail runs in and out of India and its one of the friendly neighbors, Nepal. As this trek takes place in eastern Himalayas of India, this trail is lesser-known and thus, lesser-picked and thus is one of the best offbeat alpine treks.

This trek covers approximately forty-six kilometers in the distance and requires around six to seven days to get completed comfortably along with a day reserved for acclimatization. The average temperature during the trip usually remains between 8 to 15 during the days of summer and spring and between -8 to 8 when the traverses experience cold and freezing winters. Accordingly, although the trek is mesmerizing all year round, the best time to do the Sandakphu Phalut trek is during the months between January to May and October to December. Between January to May, the whole trail is under the spell of majestic snow, which means the entire Sandakphu Phalut trek experience will turn more magical. You can witness not only the Sleeping Buddha made naturally etched in the world’s highest peaks, but also these mounts will be covered with pristine and fresh snow. In fact, you’ll be seeing an eye-catching panorama of the world’s highest snowline. Also, the composition of flora and fauna along with the untamed forests, will be worth the fatigue.

How to Reach Sandakphu from Kolkata

The Sandakphu Phalut trek challenge is estimated to be moderate. It has a crossover track which starts from Jaubhari and stops at Sepi and is amongst one of the safest trek tours because of the kind of terrain present over here. The base camp of Sandakphu Phalut Trek is as told, Jaubhari. Jaubhari is a tiny charming village in West Bengal. The ambiance of this place is so peaceful that you will be entitled to complete peace. This is usually the beginning point of the Sandakphu trek via foot. Jaubhari is accessible only via roadways. One of the most breathtaking ascents of our voyages will be from Kalipokhri to Sandakhphu. This particular trek is 6 kilometers and will take around four hours to get completed.

Some of the significant highlights that you’ll take home from this trekking trip will be, firstly, the Sandakphu peak itself, being the highest peak of West Bengal, and also being the highest point in West Bengal to offer you the incredible views of a few of the world’s tallest peaks like Mt Everest and Lhotse. Also, Sandakphu Phalut Trek is amidst one of the unique treks too, as it moves along the borders between India and Nepal and in fact, one continually moves in and out of Nepal during the trek.

“Let’s wander where the WiFi is weak”

*Note: I wrote this blogpost in collaboration with Trekmunk Pvt. Ltd.. Opinions on this blog are always mine.