The Main Information to Know Before Visiting Bangalore/Bengaluru 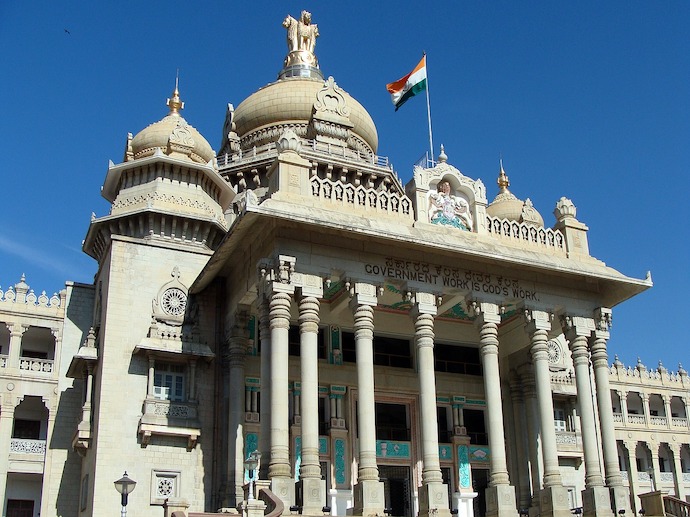 Bangalore is the fourth-largest city in India, but also the capital of the state of Karnataka. Situated in the south-central part of the country, the city has the reputation of being the cradle of India’s future, nicknamed India’s Silicon Valley. Its special charm lies in the fusion between technological globalization and the living traditions of Indian culture. If you have found cheap travel to India, here is what you have to know before going to Bangalore.

The Bull Temple, one of the oldest temples in the city, is the destination of worshippers from all over the world who come to pray. The main attraction of the temple is a huge bull sculpture carved in granite, representing the Nandi (15 feet tall, over 20 feet long), and a leading figure of the Hindu religion. The Bangalore Palace, completed in 1887, is built in an unusual style for the city as it resembles an old Norman castle. The Sultan Tipu’s fort, built at the end of the 19th century, is now a museum. Note the inlaid arches in Islamic style and the Ganapati Temple. The National Gallery of Modern Art is housed in a beautiful colonial building that houses permanent and temporary collections. You can see pre-independence and post-independence works in the old wing and post-independence works in the new wing. There are many interesting futuristic buildings in the city, including the International Art of Living Centre, built-in 1986. It is a very peaceful place. Another modern building is the Karnataka High Court. It looks great, standing out from the others because of its red color and Greek-style architecture.

It is no coincidence that Bangalore is called the garden city! The Cubbon Park, located in the city center, is the ideal place for sun protection. There are hundreds of flowering shrubs, playgrounds and relaxation areas. The Labagh Botanical Gardens, located south of Bangalore, offer an abundance of red roses. They were built in the 18th century by Sultan Tipu and the plants here all date from this period. It is also home to the largest collection of rare tropical plants in India. Bannerghatta National Park, located about 20 kilometers south of Bangalore, is famous for its population of white tigers. It also allows observing many wild animals in their natural habitat: bison, elephants, lions, panthers, crocodiles, snakes and birds.

With globalization, all the cuisines of the world are popular in Bangalore, from street vendors to Muslim specialties, from Chinese fast food to Western cuisine. However, since the majority of Indians are Hindu or Muslim, there are few pork and beef dishes on the menus. You can eat the local cuisine at a delicious and popular restaurant at Koshy’s on St Marks Road and Karavalli’s on the Ground Floor. For a change from vegetarian Indian cuisine and a tasty meat dish, try the American restaurant The Only Place, located on Museum Road.

While shopping in Bangalore, you will often come across highly sought-after handicrafts carved in sandalwood, rosewood and sometimes ivory. If you want to play it safe, the G-Road is the city’s most important shopping center and its shops offer the best brands. The Bridge Road, Fifth Avenue, and Mota Royal Arcade are the main shopping streets, offering a wide variety of items, souvenirs, and prices. The City Market, an area southwest of Cubbon Park, has a fruit and vegetable bazaar, a spice market, numerous clothing stores and a street entirely occupied by small tailors’ shops.