A treasure trove of history

If you have ever wished to travel to a spectacular heritage site, then Hampi welcomes you with open arms. The ruins of the great Vijaynagar Empire of 10-12th century AD open windows to India’s glorious past. Remaining largely ignored till its rediscovery in the mid 19th century, Hampi comprises of the sacred zone, urban/royal zone, and the Vijaynagar Empire. It is one of the World Heritage sites which reflect rich multi-religious and multi-ethnic diversity. So, enchant your senses in the magical land of Hampi. 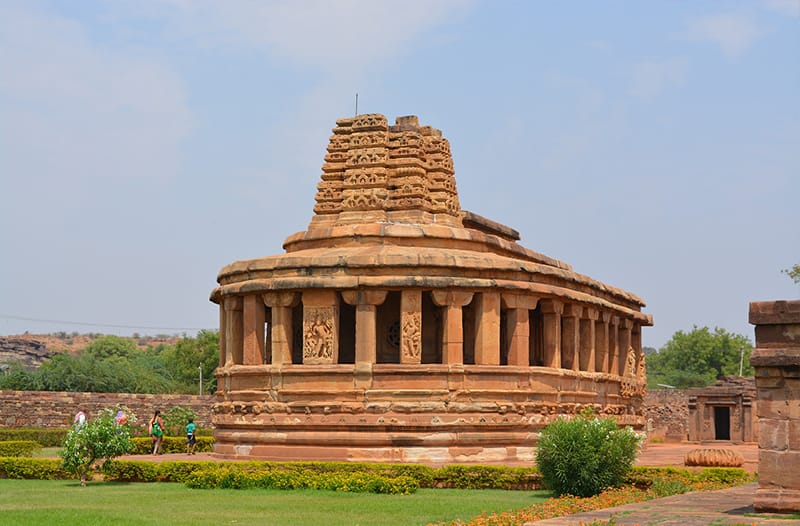 The mythical land of epic tales 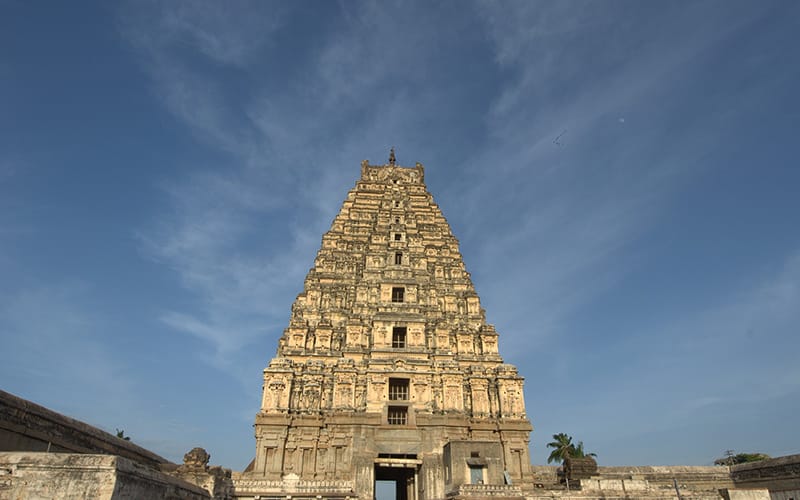 Virupksha Temple, the oldest temple dedicated to Lord Shiva dates back to the 7th century. Walking through the ambulatory pathway, the Gopurams/towers seem to become more gigantic. These gopurams pave the way to the inner subsidiary shrines and finally to the sacred river Tungabhadra. The most fascinating feature is the use of mathematical concepts to build the temple. The concept of fractals has been used up in temple’s architecture. The fractals divide and repeat themselves into wonderful patterns that flow over the inner walls. 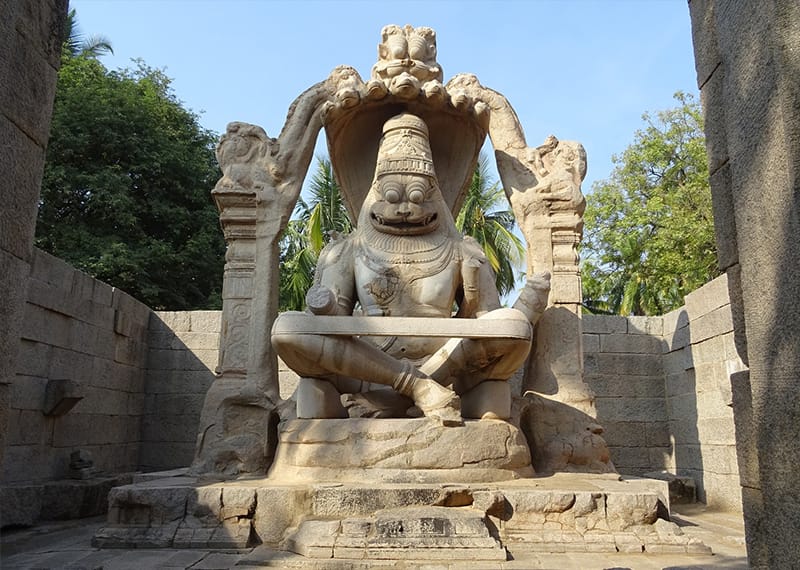 Hampi is the land of Shiva. The various temples depict various life stages of Shiva. There are sculptures of his family, individual sculptures of Ganesh and Dasavtars of Vishnu. Apart from that, there is a shrine dedicated to Shiva. When I visited the shrine, I was totally captivated by the colossal monolithic “Shivlinga” located next to the Laxmi Narsimha murti. It is commonly known as Badavilinga, since it was built by a poor woman (badava meaning poor). It is surrounded by river Tungabhadra which feeds its canals. The giant Shivlinga is equally drenched and lit up by rain and Sun making it stand out.

Planning a 2 day trip to Hampi?

If you don’t have much time but need a refreshing trip, then you can always choose Hampi. Here is a two-day trip plan for you to consider. 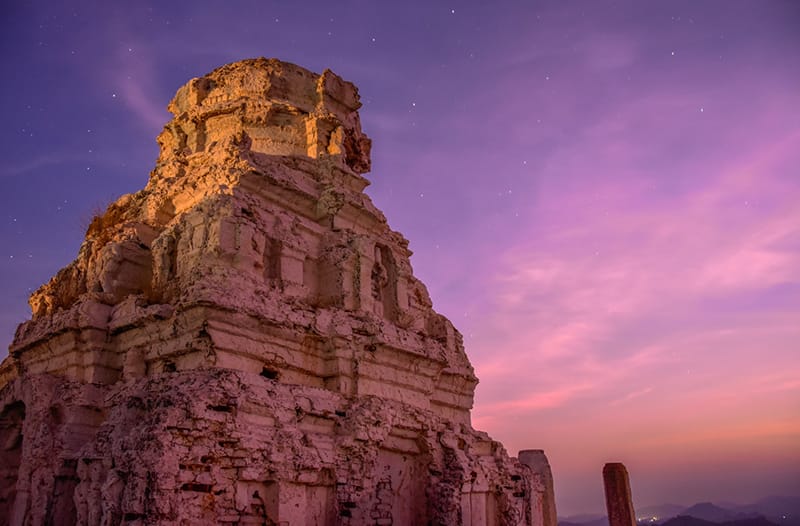 Photo by Rakesh Thanikachalam on Unsplash

Day 1: Start your trip from Hospet by Cab or car from 10 am. On the first day, you can visit the following places.
The first place to visit is the Laxami Narasimha Statue which is Located within a kilometer from Hampi Bus stand. The statue is a remarkable feature of Hampi. It is a monolithic statue carved out during the reign of Raja Krishnadev Rai. This statue of Lord Narasimha can be visited from 6m to 6 pm and the time spent at this location is around 30 mins. 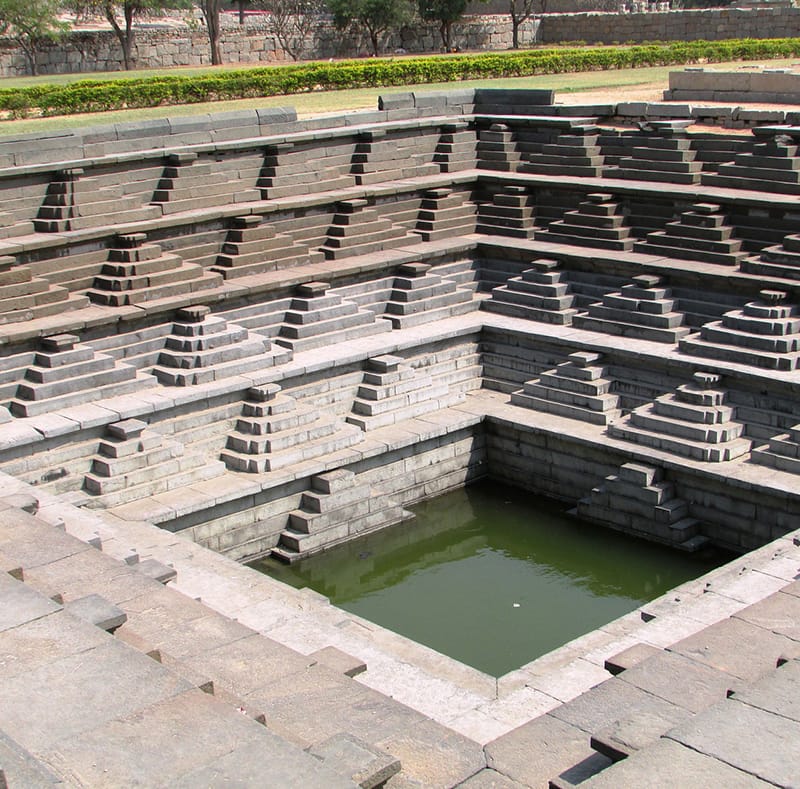 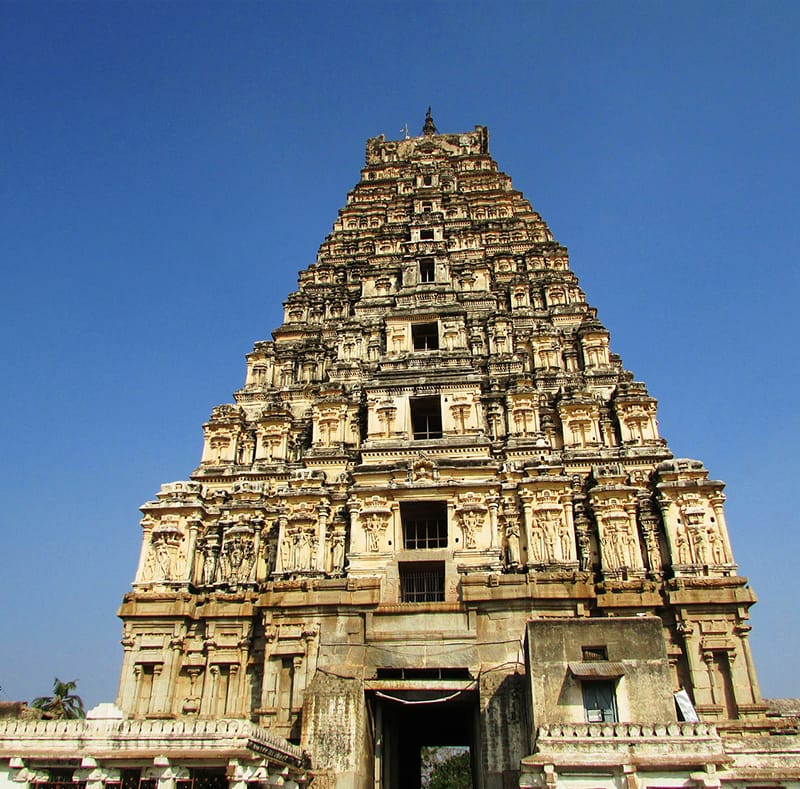 The signature piece of that locality is the huge Nandi known as Yudura Basavanna. Next, you can visit the Achyutharaya Temple which was the last creation of the dynasty. The next breath-taking feature is the large King’s balance. Staying overnight at Hampi is not a big affair. You can find various nice hotels and homestays. 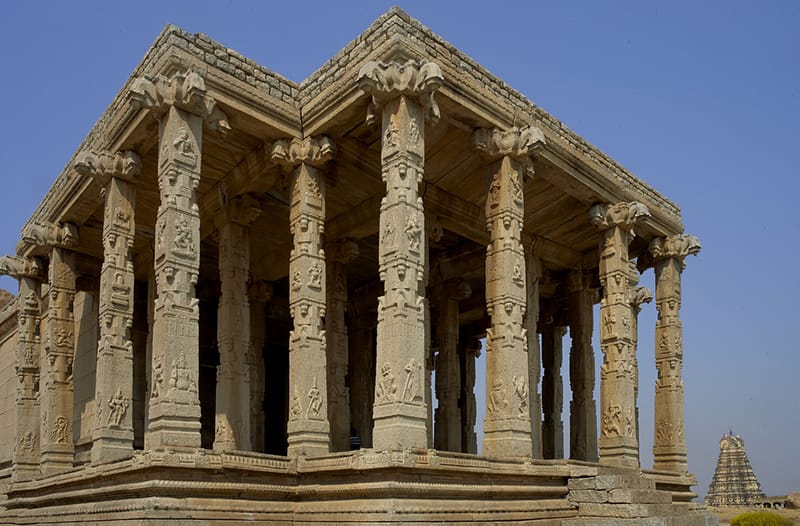 Day 2: Resume your Hampi sightseeing from Pattbhirama Temple which is at a distance of 5km from Pampi. Don’t forget to visit the Queen’s bath, Royal Exposure, Durbar Hall, Lotus Mahal, Elephant Stables and Zeenara Enclosures. This sightseeing will you a deep insight into the grandeur of architecture of Hampi. 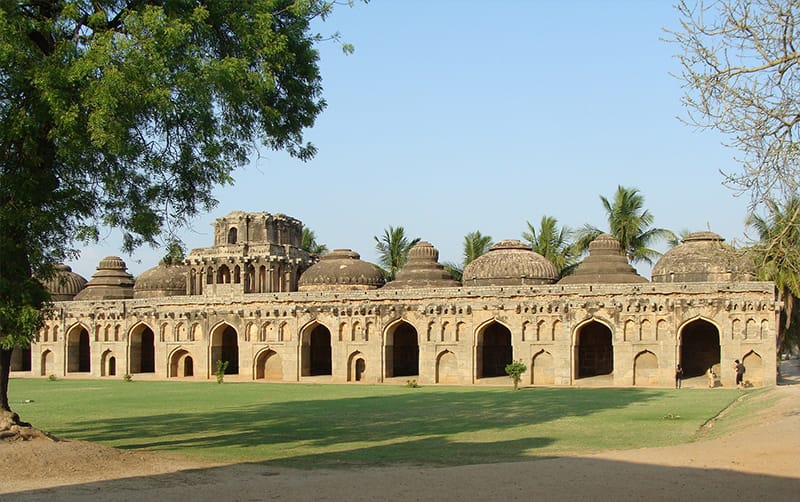 Top things to do in Hampi: 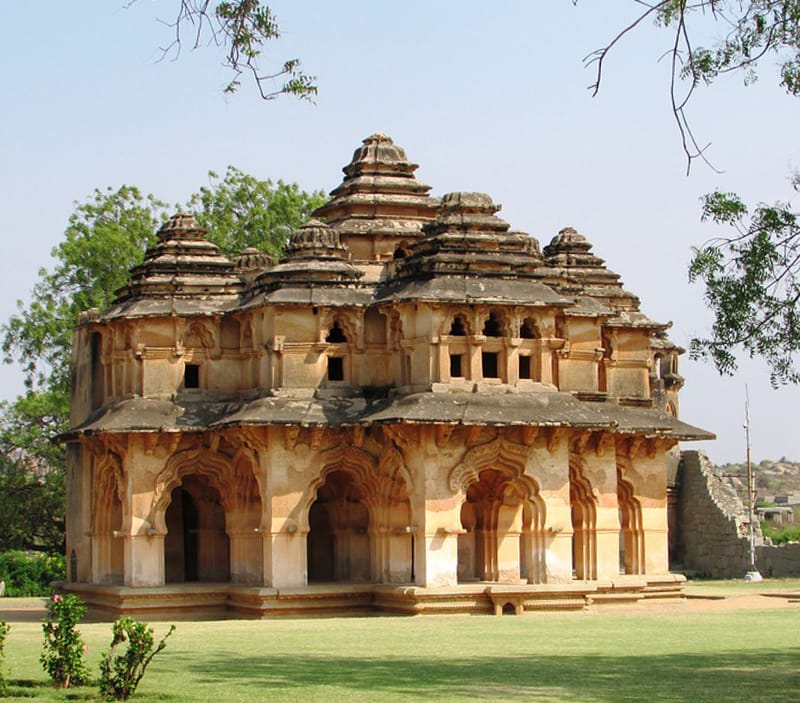 If you haven’t considered traveling solo to a place or to Hampi, now’s the time to explore the charm of solo travel. It is totally safe, even for female travelers. One overnight journey from Bangalore and then you reach the land of Kings and Gods. The aura of the place takes you back in time and you get totally mesmerized by the eternal evergreen folklores of the shrines. It is an awesome place to meet like-minded people. If you love cycling, then traveling Hampi on a bicycle is the most preferred. 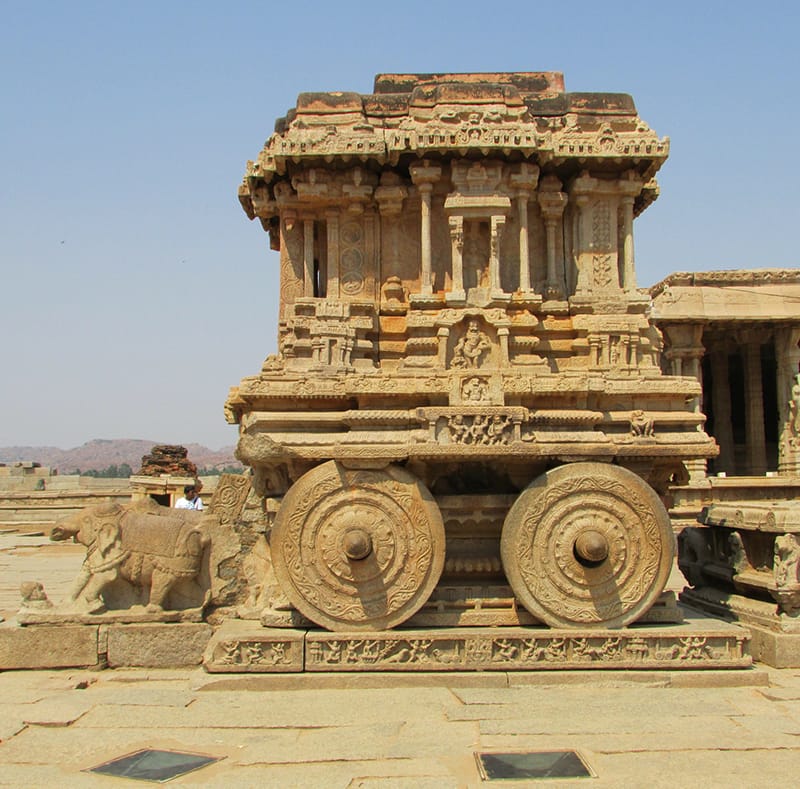 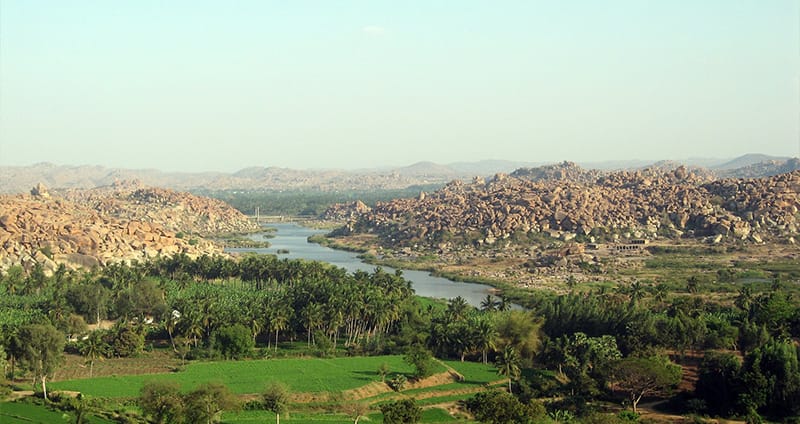 Since Hampi is a historical site, it is always suggested to hire a guide. He will answer all your queries and will help you relive the past in a better way. So, break free from the shackles of your daily life and breathe in the past at the small island of Hampi! 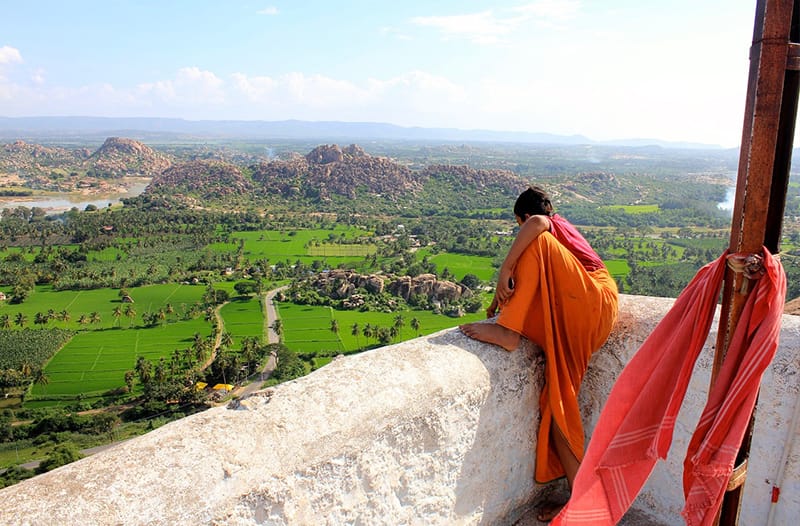